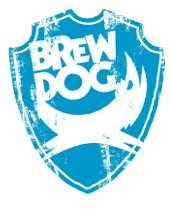 This is my travellogue to Aberdeen, Scotland, where BrewDog - Brewery invited me to visit. A lot happened during the trip, so I'll go through the events day by day. I want to apologize my poor English. On this trip besides me had invited eight beerblogists / beer writers.


Sunday 16/02/2014 my friend brought me to the Helsinki-Vantaa airport and the flight took off at 10.40 to Copenhagen, which served as a stopover to Aberdeen. In Copenhagen, I had about three hours of time to wait for the next flight, and after all it was quite a heavy three-hour wait for the thirsty traveler in the middle of the Carlsberg hell. I finally decided to buy a small plactic cup full of this "Probably the best beer in the world" -beer. It really wasn’t the best beer, but this is something you already know. Well, it was disappointing to be in Denmark, which is known for its many fine beers and all around there was only Carlsberg and Tuborg. Just think of a few beertaps of Mikkeller, Nørrebro Bryghus, To Øl and Hornbeer. Then these three hours had gone in a flash. The aircraft departed towards Aberdeen 14.10, local time, and I was at Aberdeen  15.00. I took the bag with me and headed to the bus stop. There was lots of precious things in my bag, because I wanted to bring some souvenirs to BrewDog guys. I brought five bottles of Finnish craftbeers. Brewery called Hiisi sent me the following beers:

From my own beercellar I took a bottle of Plevna Siperia. Thank you once again guys of Brewery Hiisi for those bottles. BrewDog crew had prepared a good documentation, so I was able to move around freely. Even I who’s like the world's worst navigator knew how to move. I travelled by bus about half an hour to Union Square - shopping center. At the shopping center I walked around seeking for food stores, which could buy a couple brews for the hotelroom and finally found Marks & Spencer retailstore. There was very little beershelf where you could find those basic bulkbeers like Heineken, Budweiser etc. I bought two bottles of beer and bag of potato chips with me.

Then I started walking towards the hotel, what was called the Ibis Aberdeen Centre. The hotel was located a few hundred meters from the shopping center and right next to the harbor. The long journey was completed, so now it was time to relax for a moment. I poured Greenwich Black IPA in a small plastic cup, and I started lying on the bed.

Fine Black IPA and it was very easy to drink. Grapefruit and a little bit burnt maltiness. Fairly dry and woody. There are American and English hops used in this beer.

After the BIPA it was time to head towards the BrewDog bar. There was only five-minute walk from the hotel. When I arrived to the bar, I was surprised very much, when it was a relatively small size. In advance, I thought that the bar would be a large or even massive in size, but it was a small and very comfortable-looking beer bar. 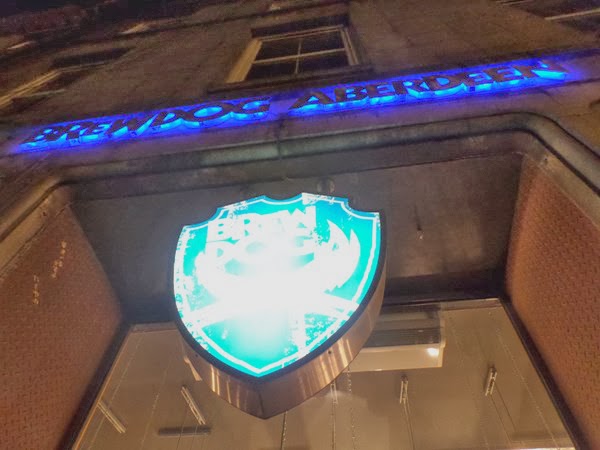 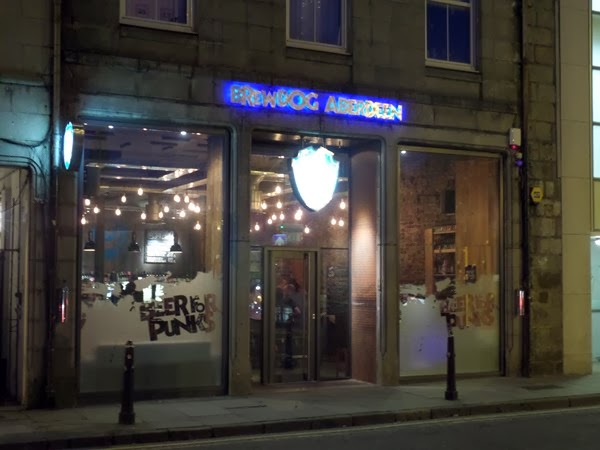 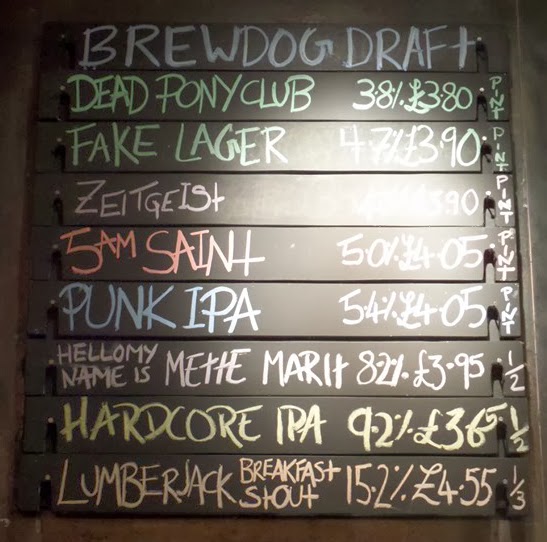 One of the beers that I haven’t tasted was Schwarzbier called Zeitgeist. Pint glass of the black lager and a small cheese plate were the first choice for tonight.


Cheese plate contained a variety of delicacies and on top of my mind was a very strong mustard where I dipped cold cuts. Almost in tears I poured large amounts of Zeitgeist to my mouth and tried to hide the burning. Very diverse flavors. Beerglass and plate began to be empty, so it was time to search for the next beer. I ended up taking another beer from the tap that I haven’t tasted, which was…

BrewDog Lumberjack Stout
15.2 percent Imperial Stout. It was very sweet and the alcohol came through strongly. For my taste this was just too sweet. Syrup, dark ripe fruit, oats and toasty. There is also bacon used in this beer, but I didn’t directly notice it. Little bit smokyness.

When I was ordering a Lumberjack, somebody greeted me. It was beerblog colleague Pierrick Niewiadowski from France. Immediately we began to discuss the beers and enjoy these fine beers. After Lumberjack it was time to take something lighter, so I bought a pint of BrewDog 5 A.M. Saint. I have been drinking this Saint for many times and like it very much. After Saint it was time to check out the bottle sellection. Trip to Scotland began to weary, so it was time to take a “coffeeshot”…

BrewDog Cocoa Psycho
10 percent Imperial Stout, brewed with cocoa nibs, coffee and vanilla. At the hopdepartment there is used the trio Cascade, Fuggles and Goldings. Quite heavily hopped beer, cocoa, chocolate and coffee. Fairly dry beer, with liquorice. All round good Imperial Stout, which is not quite as high-class beers. With the beer came a small bowl, with cocoa beans that are used in the making of this beer.


When I was enjoying Cocoa Psycho we were joined by beerblogist Tommy H. Helland from Norway. We three beerblogist continued intense and interesting beer discussion. The discussion was so intense between the three of us that Pierrick’s BrewDog Abstrakt 14 fell in to my lap. Both of them were very nice gentlemen and there was lot’s to talk about. Then it was time to have American beer…


Date had disappeared from the side of the bottle, but so was the freshness. Grapefruit and pine. Heavily hopped DIPA!

Tommy gave me a taste of...


Pierrick gave a taste of...

8 Wired The Big Smoke
6.2 percent smoked beer from New Zealand. I was expecting a stronger smokyness, but was quite as mild. Easy to drink beer and it was bit light. Does not reach the same level that smoked beers from Heller-Trum or great Finnish smoked beer Vakka-Suomen Prykmestar Savukataja.

Then Tommy brought to the table large bottle to share…

The Bruery Tart of Darkness
Sour Stout from The Bruery. Very well-balanced beer. Sourness and roastiness were hand in hand. One of the finest beers of this evening. With the taste of white wine and raspberry. A great beer.


At this point, we were joined by the Ari "Arde" Juntunen, whose flight was an hour late. I had just bought a big bottle to share...

AleSmith Wee Heavy Scotch Ale
10 percent Scotch Ale from great American brewery. I’ve wanted to taste this beer for a long time and now was the time to took this Wee Heavy to the test. Taste did not quite meet expectations, but it is also affected by these Scotch Ales are not my favorites. Lots of dark fruits, dark chocolate and roastiness. Very malty beer. Perfectly balanced. Dryish. Very good beer, even it wasn’t my kind of beer.

Wee Heavy was the last beer at BrewDog Bar for that night. Our beerconversationsession was over and it was time head back to the hotel and get ready for the next day. For a nightcap at the hotel I tasted one of Brewdog Unleash The Yeast series, which I had bought from the bar. At the same time I bought also one BrewDog beer glass. This beerfoursome is made of the same beer with different yeasts and the first I tasted ...

It was very nice day. Traveling was pretty tough, but fair amount of fine beers in the company of great people give me strength to keep on going all night. BrewDog Bar was smaller than my expectations of the size of the place were, but it was very cozy. There was quite much interesting beers. Most of those were in the bottle selection. Best beers throughout the evening were:
With great interest towards the next days ...